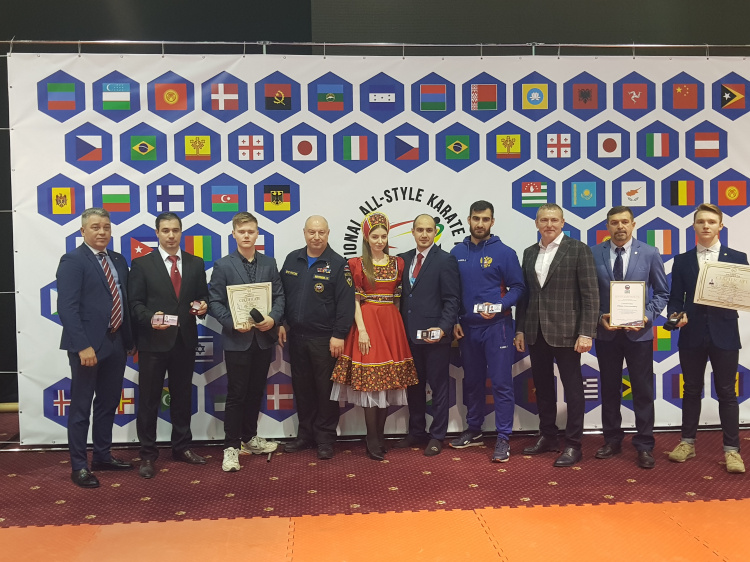 Andrey Yurkin and Pyotr Pershkin, karatekas from the Russian city of Oryol, have been honored a black belt grading of the first degree. They have also been presented with the IASKF certificate.

The Aliev brothers, Natig and Rashad, members of the Russia national all-style karate team, have been awarded to the world-class athlete in all-style karate title. They have received the pins and certificates that prove their new title.

Vladimir Bedoyan, the chief of Lipetsk Regional Office of All-style Karate Federation of Russia, has been awarded a Merited coach of the Russian Union of Martial Arts title; while Yuri Semenikhin, martial artistand the owner of 4th dan in kyokushin karate, has been awarded an honorary certificate of the Russian Union of Martial Arts co-chairpersons for performing the practical skills of self-defence section under the Sila Slova (Word Power in Russian) project presentation held in the city of Sochi.

We congratulate everyone upon receiving their deserved awards!

From February 11 to 14, Dolgoprudny will host international competitions in all-style karate for the prizes of OFSOO “Federation of Karatenomichi of Russia”.